If you are interested in Dr. Calderón talking to your group about Air pollution, Alzheimer and Parkinson's diseases, please contact us. Tax-deductible donations are welcome! Numerous collaborators and students have contributed breakthrough discoveries in neuroscience and links to this site we hope will help you to understand what makes our laboratory an exciting place to work, learn, and teach. Explore and enjoy!

Lilian Calderón-Garcidueñas grew-up is a small Gulf of Mexico town, the oldest daughter of two young physicians, she was raised in a nurturing environment where the daily contact with patients was the rule and over dinner conversations were delightful ways to start her in medical and literature subjects, two main interest of her parents. She knew she wanted to be a physician by the time she finished middle school and she started medical school at age 15.  The following year, she was the TA’s to the Chair of Embryology at the National University Medical School in Mexico City and started her life-long passion for teaching. Her first day as a TA’s in medical school surrounded by ~40 much older first year students,  she was told she was in the wrong place, the middle school was 3 blocks away. Her love for exploring disease causes started in medical school and she decided to pursue her studies in the USA and Canada. Her pathology and neuropathology training at the University of Toronto were followed by her fellowship at Harvard University and her first position as an Assistant professor at Northwestern University in Chicago. She earned an American Board in Anatomical Pathology and Neuropathology in 1981. Literature was always in her mind, so she went back to school and earned a BS in English Literature and a MA in Comparative Literature in 1997. Her interest for clinical environmental research took her back to Chapel Hill, North Carolina where she earned a PhD in Toxicology in 2001, followed by three years as a postdoctoral fellow in Environmental Pathology.  She loves her work, her teaching is key to her way to transmit her contagious enthusiasm for medicine, science and her research work and in her free time she paints, cooks and tenders her vegetable garden and cooks some more. Her husband is a UM 2011 graduate with a PhD in History and with two children also UM alumni, her house is surrounded by grizzly memorabilia.

USE AND ABUSE OF DRUGS SPRING AND WINTER

DONATIONS TO THE ENVIRONMENTAL NEUROPREVENTION LABORATORY

Donors can make checks out to the UM Foundation with a notation for the Environmental Neuroprevention Laboratory:

Donors can give online at www.supportum.org/give

In the section “Choose a designation” please select “Other” and then type Environ Neuroprev Lab in the Comments section.

Our laboratory is interested in the chronic effects of exposure to air pollutants both indoors and outdoors in clinically healthy children. A crucial aspect is the role of cytokine imbalance in the respiratory tract, and cardiovascular pathology and on systemic effects.

We are also interested in the role outdoor and indoor air pollutants-specially fine and ultrafine particulate matter, and lipopolysaccharides could be playing in the brain pathology we have described for both dogs and humans chronically exposed to air pollutants.

The canine chronic brain inflammation and the observation of the acceleration of Alzheimer’s disease-like pathology, were the basis to explore the brains of subjects residing in the same areas. In our most recent work we showed that the frontal cortex and hippocampus of neurologically and cognitively intact lifelong residents of cities with severe air pollution exhibit evidence of chronic inflammation and neuronal and astrocytic accumulation of the 42 amino acid form of ß amyloid (Aß42).

These findings suggest that exposure to severe urban air pollution is associated with brain inflammation and amyloid deposits, causes of neuronal dysfunction that precede the appearance of neuritic plaque formation and neurofibrillary tangles, hallmarks of Alzheimer's disease.

Smoking and Cerebral Oxidative Stress and Air Pollution: A Dreadful Equation with Particulate Matter Involved and One More Powerful Reason Not to Smoke Anything!

â—™ The role of air pollutants in the development of neuroinflammation and neurodegeneration in children and teens.

â—™ Educate the public and our students on the latest scientific discoveries about the brain, and how these discoveries are relevant in our daily lives and well-being.

My research is deeply interdisciplinary as it covers pathology, neuropathology, environmental toxicology, pediatrics, neurology, psychiatry, atmospheric chemistry, cognitive neuropsychology, developmental science, sociology of education, and educational psychology. In spite of the evident eclecticism, the scientific questions I am after pertain to fundamental issues in how the environment impacts people’s health. More specifically, I have been working on the effects of air pollutants such as particulate matter (PM) upon the brain in development.

We live in complex environments surrounded by mostly hidden chemical, biological and physical hazards. Our central mission is to work with a community of multidisciplinary researchers interested in the mechanisms of environmentally-induced diseases, in solving the problems facing our vulnerable populations, and in implementing an integrative approach to human environmental disease.

Research links air pollution mostly to respiratory and cardiovascular disease. The effects of air pollution on the central nervous system (CNS) are not broadly recognized. Urban outdoor pollution is a global public health problem particularly severe in megacities and in underdeveloped countries, but large and small cities in the United States, Canada and Mexico and across the world are not spared. Fine and ultrafine particulate matter (UFPM) defined by aerodynamic diameter (<2.5-μm fine particles, PM2.5, and <100-nm UFPM) pose a special interest for the brain effects given the capability of very small particles to reach the brain.

In adults, ambient pollution is associated to stroke, depression and suicide, whereas the emerging picture in children show significant systemic inflammation, immunodysregulation at systemic, intratechal and brain levels, neuroinflammation and brain oxidative stress, along with the main hallmarks of Alzheimer and Parkinson's diseases: hyperphosphorilated tau, amyloid plaques and misfolded α-synuclein.

The applied spin of my research has been on the cognitive and structural detrimental brain impact of air pollutants upon healthy children. How specific air pollutants reach the brain and start a cascade of events producing significant inflammation and changes in proteins that are key players in Alzheimer and Parkinson’s diseases? How a seemingly healthy child can lost >10 point in their IQ for living in a polluted city?

Pediatric air pollution research requires extensive multidisciplinary collaborations to accomplish a critical goal: to protect exposed children through multidimensional interventions having both broad impact and reach. Protecting children and teens from neural effects of air pollution should be of pressing importance for public health and we need your support.

My research contributions can be subdivided in the following five areas (for each area, a representative publication is indicated):

1.Making the link between air pollution exposures and the development of Alzheimer and Parkinson’s diseases in childhood and young adults.

Children residents in large cities exhibit an early brain imbalance in genes involved in oxidative stress, inflammation, and innate and adaptive immune responses. The accumulation of misfolded proteins in exposed children coincides with the anatomical distribution observed in the early stages of both Alzheimer's and Parkinson's diseases. We contend misfolding of hyperphosphorylated tau , alpha-synuclein, and beta-amyloid could represent a compensatory early protective response to the sustained systemic and brain inflammation. We favor the view that the chronic systemic and brain dysregulated inflammation and the diffuse vascular damage contribute to the establishment of neurodegenerative processes with childhood clinical manifestations. Friend turns Foe early; therefore, implementation of neuroprotective measures to ameliorate or stop the inflammatory and neurodegenerative processes is warranted in exposed children.

2. Children with no known risk factors for neurological or cognitive disorders residing in a polluted urban environment exhibited significant deficits in a combination of fluid and crystallized cognition tasks, white matter lesions and volumetric brain changes by MRI.

These very important findings explain many parents concerns regarding school performance and behavior in their otherwise healthy children. The effects of tiny particles on the developing brain translate in brain inflammation and structural alterations in key areas in their brain, i.e., the prefrontal cortex. We have shown brain responses to air pollution vary from child to child, while some produce certain types of proteins associated with neuroprotection, others have pro-inflammatory defensive responses that do not help in terms of cognition,nor in changes in brain volumes related to their age. Identification of biomarkers associating systemic inflammation to brain growth is critical for detecting children at higher risk for cognitive deficits and neurodegeneration, thereby warranting early implementation of neuroprotective measures.

3. Loss of smell i.e., the capacity to detect odors is an important early symptom of both Alzheimer and Parkinson’s diseases, present long before dementia or tremor.

Olfactory dysfunction influences nutrition, energy balance, enjoyment of food and their well-being under life threatening situations, including accidental gas poisonings. It is now apparent that the olfactory system undergoes neuropathological changes, neuroinflammation, DNA damage and accumulation of combustion-associated metals early in life in association with high levels of air pollution exposures.  It is also very important to know that people carrying the allele 4 of the Apolipoprotein E gene-the major genetic risk factor for Alzheimer’s disease-have early and more severe odor deficits if they live in polluted areas. Identification of vulnerable populations is important in order to protect them.

4. The question to answer is: How can we protect children and young adults from the negative brain effects of air pollutants?

We are working on regular, available foods that will decrease inflammation, one of the key negative systemic and brain effects of air pollution. Cocoa and dark chocolate have been used in our laboratory to decrease brain inflammation with excellent results. In mice exposed to air pollution, dark chocolate (60% cacao) markedly decreased inflammation precisely in an area involved in Parkinson’s disease. In children, 30g of cocoa at breakfast time improved their memory and decreased a very powerful protein that reduces the lumen of blood vessels (vasoconstrictor).

Obesity is increasing in our populations, an ominous predictor of increases in metabolic syndrome, type 2 diabetes, cardiovascular disease and dementia. The problem is certainly a deep concern in socioeconomic disadvantage populations.

We need to look at the links between body mass index (BMI) and dementia because we can do something about the subject.  As physicians, we are very aware of the value of preventive medicine, starting in childhood and educating children and their parents about food and exercise is imperative.

We have a 50 year window of opportunity between urban children and young adults have the cognitive and metabolic detrimental effects we are describing in our laboratory, and they will present with mild cognitive impairment and dementia. APOE 4, the most prevalent genetic risk factor for AD has been understudied. Facing the current pediatric clinical and imaging evidence in highly exposed children is imperative if we are aiming our efforts to identify and mitigate environmental factors influencing Alzheimer’s disease.

We need your help! 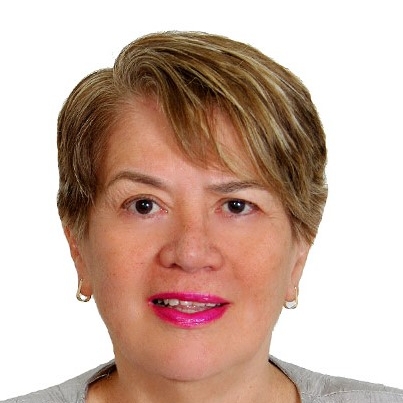